We study the film morphology of organic electroluminescent materials using laser scanning confocal microscopy (LSCM) and near-field scanning optical microscopy (NSOM). The spatially-resolved optical properties of these films are important to device construction and synthetic strategy. By varying device preparation parameters such as choice of solvent for spin-casting, annealing conditions, etc. the film morphology may be drastically changed. The geometry of a molecule also influences the morphology of a film, and molecules may be synthesized with a geometry that hinders crystal packing to promote the formation of amorphous films. An ideal film for OLED applications would be smooth and featureless, because it has been shown that microcrystallinity causes charge carrier trapping, thus decreasing the quantum yield of an electroluminescent device. In the Bazan group at UCSB, small organic molecules have been synthesized with a novel geometry that discourages crystallization, allowing for the formation of amorphous films. 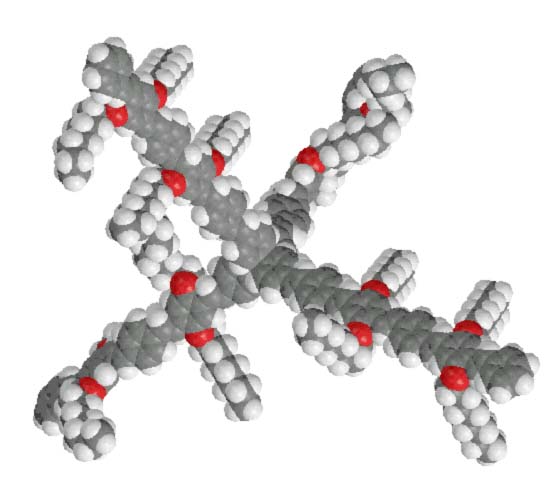 These molecules are readily soluble in organic solvents, allowing for ease in device manufacture. These materials were studied by DSC and X-ray diffraction and determined to be amorphous. However, atomic force microscopy (AFM) and NSOM have shown that short range order does occur in films spun-cast from these molecules, especially before the films are annealed.Figure 1: A space-filling model and chemical structure of a tetrahedral oligo-paraphenylenevinylene synthesized in the Bazan lab. 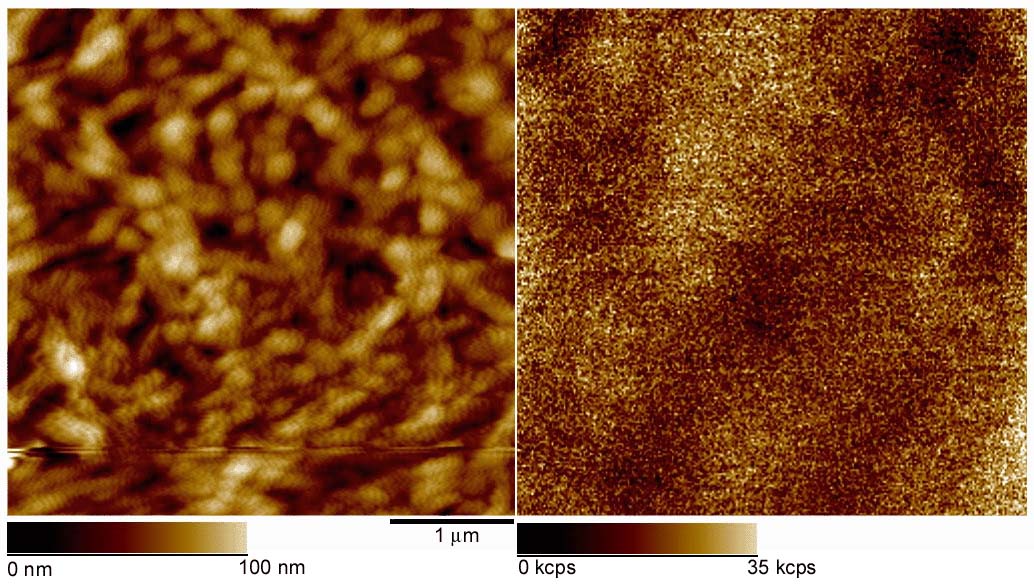 The shear force image on the left in figure 2 clearly shows the rough topography of this film. Some of the features are close to 100 nm in height. The corresponding fluorescence (right image) shows that there is some fluorescence dependence on film feature height. Upon annealing, these films become smooth and featureless, and we see little variation in the topography or spatially-resolved fluorescence. This suggests that the microcrystallinity observed in the as-cast films is a solvent effect. 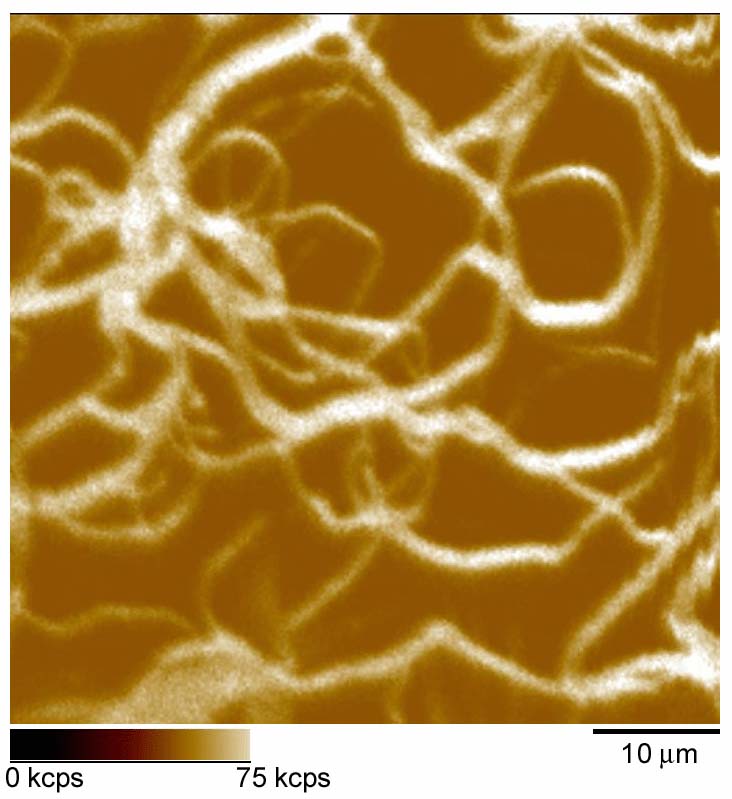 Figure 3: A confocal micrograph of an annealed oligophenylenevinylene chain film.

Images obtained through the fluorescence microscope show how these molecules form intricate crystalline networks. Although beautiful, this material is not optimal for an electroluminescent device! It is hoped that by studying this family of compounds and the structures they form, we will gain insight into the intermolecular interactions of these and other molecules. Because of the importance of the phenylenevinlylene family of polymers and oligomers to the growing OLED industry, we hope that our investigations lead to a greater understanding of the somewhat debated intermolecular interactions that occur in conjugated organic materials. 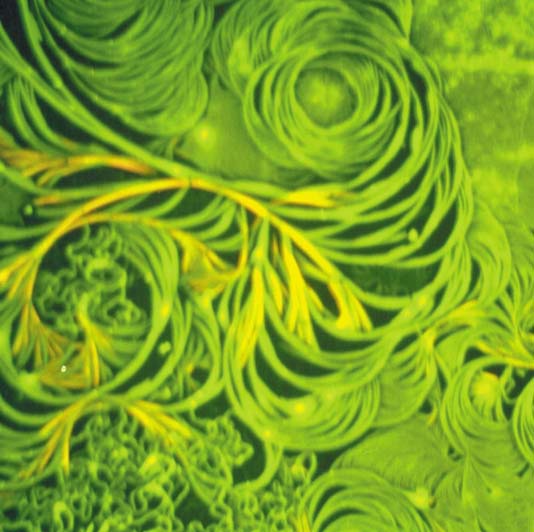